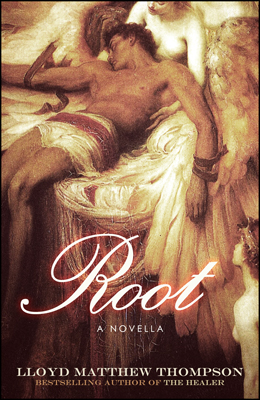 Root: A Novella
by Lloyd Matthew Thompson
Paperback and eBook

HE DIDN’T REMEMBER EXACTLY WHERE HE WAS before he had a body, but he definitely remembered where he was when he became aware he was now inside a body.

The harder he tried to remember before, though, the further it seemed to slip away. He had to have known at one time– he remembers there was a “one time,” doesn’t he? Why was it now cruelly held captive at the edge of his awareness, taunting and teasing his muffled soul?

But to this place he had come.

Looking upon a sea of twisted and angry faces now, his first memory in this new reality is nearly his last.

But what is this reality?
How did he get here?
And why is he here?

Root is an emotional journey of love, fear, loss, and exactly what it means to be alive.

The Root Chakra processes our energies and emotions of fear, survival, foundation, family, and purpose.

Purchase this book at: